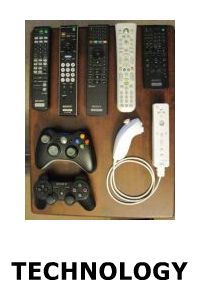 I have owned a iMac for five years now.  At the time, I figured that if nothing else, the improved hardware would be worth the expense.  It has been a pleasant experience for the most part…mainly because I installed Windows 7 onto it.  Thus, I don’t have to deal with OS X unless I really have to…like when I’m publishing an e-book to the iBookstore.

OS X is nice, but when I need to Get Things Done, I find myself gravitating back to Windows.  I also own a Windows laptop and thanks to The Cloud (or OneDrive to be more precise), I can easily keep my files in sync between my various devices instead of relying on the ol’ ‘sneaker-net’ like I used to back in my netbook days.

I will concede that the Mac is good at certain things, like organizing pictures and iTunes and all that good ‘not-computery’ stuff.  I also like that Time Machine keeps a full backup of my system in the event that something awful happens.  While I (fortunately) haven’t put it to the test yet, I have faith that it will work as advertised.  Sadly, my lack of being in OS X means I’ve accumulated quite a few pictures that I haven’t file away yet for safe keeping or kept very well organized, for that matter.

And so I have decided to start using my Mac, as, well, a Mac.  My 12″ laptop will serve as my ‘desktop PC’ and so I will be able to finally get all my pictures organized and keep all of my music in one place for what that’s worth.  Of course, when there’s Serious Work to be done, I’ll be booting back into Windows 7.  I’ve even gone as far to consider buying a new Windows desktop for the first time in a number of years.

Windows 8 makes that proposition a little trickier than it should be, but not for the reason you might suspect.  As I’ve mentioned before, I don’t mind Windows 8; the 8.1 update has made it much more usable with a keyboard and mouse (TIP: On the Start Screen, click the arrow pointing down to easily find all of your programs).

My issue is that I kinda want a touch screen.  The Metro/Modern user interface is made for touch and having (literally!) poked at Windows 8 on Windows tablets I’ve grown to appreciate it for what it is.  The issue is that touchscreen monitors are expensive and ‘all in one’ computers generally don’t have as much horsepower as a tower.  While I am not a big gamer, when I’m rendering a video it would be nice to not have to wait a half hour for it to finish.  There’s also something about having some  BIG IRON sitting under my desk chugging away at Important Stuff.

I’m tempted to build a new PC from scratch, but part of me says ‘I don’t have the time’ and the cost savings isn’t quite as dramatic as it used to be.  In the end, I may end up going to Ye Olde Eletronics Store to plunk down a few c-notes for a tower.  While I may lose nerd points for that, I’m pretty sure I don’t have many left after buying that iMac in the first place. 😉