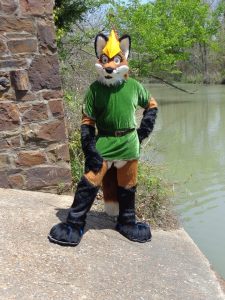 I spent the weekend at Oklahoma’s other outdoor furry convention, Wild Nights, and as is always the case, I noticed a few things…

One thought on “34 Things I Noticed During Wild Nights 2014”