Listen to this episode here, or read the transcription below!

You are listening to ‘300 Seconds with Eduardo Soliz,’ and this is episode number 91:  A few words after Furry Invasion 2018, so let the 300 Seconds begin!

Furry Invasion took place at the El Tropicano Riverwalk hotel in San Antonio last weekend, October 5-7.  I did my best to pack in as much fun as I could in between shifts at work: I hung out for a little while on early Friday to pick up my badge and I made it out on Saturday and Sunday afternoons.  Overall, Furry Invasion was a marked improvement over last year, but once again, there are a number of little nitpicks that affected me personally that I’m going to bring up.  Spoiler alert: They still have panel issues.

I arrived at registration at about ten o’clock on Friday morning and it went pretty quickly; there was really nobody in line.  They scanned my e-mail, checked my ID and I got my stuff…awesome!  I didn’t hear any squawking about registration this year, though there were a few complaints about finding registration, it was kind of in a weird spot, but that was expected.  Two quick nitpicks about registration, however.  Number one: Stickers are supposed to go on the BADGE ITSELF, not on the badge holder.  Second, and this is more for the people running the show; if you have a guy that’s hacking and coughing his guts out, maybe he shouldn’t be in a position to be handing out credit cards, IDs and badges TO MOST OF THE PEOPLE IN THE CONVENTION.  Yeah, the guy that checked me out let out a nice fit of coughing after he gave me my stuff, which made me very glad that I carry hand sanitizer with me.

One big complaint I heard about throughout the weekend was parking: Last year there was a parking lot across the street, however this year new hotel is being built in that space, so that significantly reduced the number of available parking spots.  As for me, I was able to easily find meter parking on Baltimore street near the hotel on each day of the convention.  My biggest trouble was having enough quarters 😉  Now this is an issue with the venue itself, another venue issue that came up was the elevators breaking down.

And now I’m going to talk about panels for a little bit because there are a number of issues going on here.  It was a pretty good plan on paper:  The panel schedule itself was done ahead of time, which is good, and the leadership decided to put the panel [schedule] online, and that’s also good.  There was also a screen set up with the panel schedules rotating and a QR code that you could scan to pull up the schedule on your phone.  This is also good.  Unfortunately the plan kinda fell apart in the execution.

To begin with, putting the schedule on the website isn’t a bad idea, but the Furry Invasion website is not optimized for phones.   That’s being polite, because it’s pretty awful on phones.  Here’s the thing, guys, it’s cool that y’all have an online digital schedule that you can update on the fly, but there is nothing wrong with paper.  Once your schedule is as final as it’s going to be, print out a bunch of copies.  Hang a copy of each room’s schedule outside the door.  Also, make a PDF copy and have that be downloadable from your website.

So I had a weird exchange with my friend Mordecai on Saturday; he thought my Furry 101 panel was at 6PM.  I told him it was at 5 and he said the conbook said 6.  This really confused me because Furry 101 wasn’t even mentioned in the conbook.  Turns out that  Mordecai was given a copy of LAST year’s conbook.  Don’t that that guys.  Just don’t.  Recycle them.  I was also given a less than ideal time and the crappiest room in the convention, but you know, what are you going to do?  Based on all that, I’m probably going to skip presenting next year.  On the plus side, they did have a projector set up.

Speaking of scheduling, for whatever reason the fursuit parade started before its scheduled time.  I was on my way to get a soda from the machine in the lobby when all of a sudden I saw furries marching towards me.  It was all I could do to scramble to find a spot and remember how to work my camera, which is what happens when you have a job that wakes you up at five in the morning.

Yeah, yeah, I know, I’m nitpicking a lot.  When I have to nitpick like this, it’s because most of the convention was good.  I had a good time, and I’ve been hearing lots of good things both online and off about Furry Invasion 2018.   Overall, I think things will continue to get better as the staff builds from their experience, and I’ll definitely be back next year.

Furry Invasion 2018 was a good con overall. Except for issues related to the venue and my own personal panel issues, which admittedly, are my own, there were no major issues present on the part of the con itself.  I had an enjoyable time, when I was able to get out there, I will certainly be back next year, hopefully for the whole thing.  The theme for next year’s Furry Invasion is going to be ‘Cyberpunk’ and it appears to be taking place on the weekend of October 4, 2019, and I look forward to seeing you there…or perhaps I should   say ‘furward!’

This has been 300 Seconds with Eduardo Soliz, the next episode will be posted after I recover from the long weekend of work and fun.  I am Eduardo Soliz, please subscribe to this podcast and check out my website at Eduardo Soliz dot com for more podcasts and  short stories.  Thank you for listening!

Listen to the podcast here!

You are listening to ‘300 Seconds with Eduardo Soliz,’ and this is episode number 90:  A few words before Furry Invasion: The Road to Furdition, so let the 300 Seconds begin!

Furry Invasion will be happening at the El Tropicano Riverwalk hotel in San Antonio this weekend, October 5-7 with badge pickup happening tomorrow night.  Because life has been getting in the way of my fun lately, I will only be at Furry Invasion Saturday and Sunday afternoon.  I’ll be presenting my Furry 101 panel on Saturday afternoon at 5PM in the Bolivar C room.  If you or someone you know would like to know more about the fandom, then come on down.

This is the second year for Furry Invasion; last year’s show was a solid first effort that had a few hiccups here and there, including a few that affected me personally, so just a heads up, this is going to get just a little bitey.

The biggest issues that I had last year were the slow registration line and the panel schedule being disorganized.  The problem with registration last year was that attendees were required to print their registration sheets at the convention which slowed down the process considerably.  At other conventions, attendees are allowed to print out their preregistrations beforehand, allowing them to be processed much more quickly.  I’m happy to report that I was allowed to print out my registration paperwork after paying, so that should make things more efficient.  While that problem appears to have been solved, a new one has been introduced by the convention’s choice to put registration in the hotel’s ballroom, which is in the back of the hotel and on the third floor.  This is going to make signage VERY important and staff should also be aware of how to get to registration so they can direct people there.

My second beef last year was with the panel scheduling; the schedule that was printed in the conbook ended up being different than the actual schedule, due to some changes being made after the original schedule was made.  This led to some confusion among attendees and presenters, including myself.  Fortunately, the Powers That Be decided to make the schedule digital this year, which means that last minute-changes can be made without fear of ending up with an outdated print schedule, so good on them.  What I’m hoping happens is that they print out each panel room’s schedule and post it outside so folks can see what is happening.

While Furry Invasion has made efforts to fix their registration and panel scheduling issues from last year, one thing that was sadly not addressed, was the weather.  Now, you may be asking yourself: What can the convention do about the weather?  Well, they can try to push the con ahead a week or two in the hopes that the weather cools down.  Cooler weather makes it easier for fursuiters to go outside and have fun, puts less strain on the venue’s air conditioning and is just nicer.  Should there be a third go-round, Furry Invasion really needs to look at pushing their date forward a week or two.

I openly admit that yes, I am harping on the convention a bit, but that’s mainly because the first two issues I mentioned were really touchy issues for me personally.  As I mentioned at the top, the first Furry Invasion went well; if the registration and panel problems weren’t there it likely would have been a great show instead of a good one.  Year two should be better since steps have been taken to address most of the issues from last year and the staff will have a year of experience under their belt to build on.

This has been 300 Seconds, the next episode will be posted after the convention.  I am Eduardo Soliz, if you’d like to hear more 300 seconds subscribe to this podcast or check out my website at Eduardo Soliz dot com for more podcasts and short stories.  Thank you for listening!

San Japan is probably my favorite convention, bar none, and this year was great! As always, I noticed a few things…

NOTE: While looking through my drafts, I found this list.  I have no idea why I didn’t post it back then.  Better late than never, I guess!

San Antonio’s first furry convention, Alamo City Furry Invasion, took place this past weekend.  Many locals (including myself) were excited to have a furry convention in our hometown and I noticed a few things during the furry fun:

Texas’ biggest furry convention moved to a new hotel this year, which introduced a few new issues.  Overall, though, it was a lot of fun.  As always, I noticed a few things: 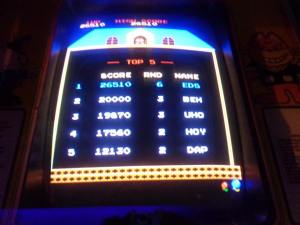 Furry Siesta is a summer event held by the happy shiny fuzzy people that host Furry Fiesta; it offers an opportunity for furry fun in the middle of the insanely hot Texas summer.  I have always wanted to go but kept missing the opportunity until this year.

Another year, another Texas Furry Fiesta. As much as I like San Japan, TFF is my favorite convention bar none.  Sadly, this is the last year in the Dallas InterContinental, but it went out with a bang!

If a guy with bear ears took your picutre, check it out on my Facebook or Flickr!

And one late one:

San Japan (totally not Cyborg) 009 happened last weekend.  Amidst the new venue and new date, I noticed some things.  If I took your picture (I was the dude with bear ears, see below) you can find it here!

Another year, another San Japan!  I presented two panels and took lots of cosplayer pictures!